Why Are You an Anglophile? 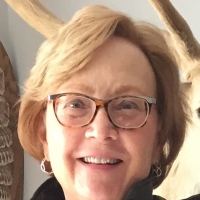 Several chapters into Jonathan's very readable book, it occurs to me that the question above is one to which we could each respond. What sparked your interest in all things British? Was it the history? Literature? Landscape? Culture? Did someone special plant and nurture the seed of Anglophilia? Let's hear about the elements that drew you to a love of England and Britishness, and what kinds of things continue to fascinate you?